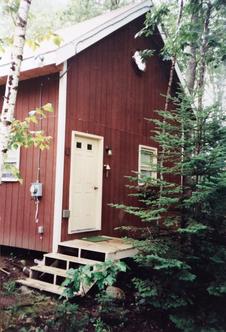 The Beginnings of a Photojournalist

In January of 1990, Joe Orchulli II moved to East Boothbay, Maine with a desire to photograph lighthouses and the rugged Maine coastline.

He resided in what he calls "a small, uninsulated, frozen cottage, one mile from Ocean Point.”

After pulling into the snow covered driveway at 3 a.m. on the corner of Royall Road and Ocean Point Road in East Boothbay, Joe walked into the cottage, and after seeing the tiny, uninsulated dwelling with no heat or plumbing, he almost walked right back out the door and drove back to Pennsylvania. A ride out to Ocean Point the next morning quickly changed his mind.

After two weeks of exploring and picture taking along the wintry shoreline of East Boothbay, Orchulli wandered into Boothbay Harbor on a bitter, January evening when a glowing light led him to Hasenfus Glassblowing on Commercial Street. Peering through a frosted window pane, he saw Walter Hasenfus molding glass over a flickering flame. “It was the only shop open in town that night,” Orchulli said. The next day, he had a job there and made a new friend in Walter who taught him not only how to blow glass, but also how to make homemade corn chowder and a warm fire to help keep his little cottage warm.

He also did janitorial duties at the Boothbay Region YMCA which led to him being encouraged by Neal Verge to bring one of his photographs to his now friend, Boothbay Register Editor Kevin Burnham, who then gave Joe a job as a photographer and writer for the paper.

“As I was leaving the Register after giving Kevin the photograph, I paused before I walked out the door and asked him, “Would you like me to write something to go with that?” He replied, “Sure!” and the rest is history.”

Previously working as an apprentice to an airplane mechanic at a small airport in New Jersey, once he moved to Boothbay, Joe fell in love with sailing after experiencing his “first sailboat ride ever” on the 125-foot, three masted topsail schooner, Alexandria. He then became crew aboard Ladyship and Bay Lady Friendship sloops, though he is best known for his adventures and photography aboard H.M.S. Bounty.

Twenty-five years later, the Boothbay Harbor Memorial Library  invited Joe to be the Artist of the Month where his photographs were exhibited for the month of August, 2015 and 2016

The photographic display included everything from scenic photographs, people and places from the Boothbay region to images he’s captured while living in the tropical paradise of Venice, Florida where he presently resides. 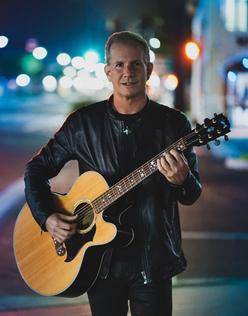 He began singing and playing guitar and piano as a child.

"When I was in the fourth grade, I remember walking into St. Joseph's Church across the street from my school of the same name. I saw a group of girls seated in a semi-circle, holding guitars, being taught by a nun and thought, 'I want to do that.' My parents got me a starter acoustic guitar for Christmas and I went on from there."

Soon after, Joey began taking lessons from his best friend's brother, Mark McNally. Then he began playing along with records at home.

"My first electric guitar, a tobacco burst Fender Strat copy, was given to me by a friend whose brother was a garbage man who had found it on the job. I was the happiest kid in the world that day."

Joey is one of five children, and besides his mother, is the only musician in his family.

“My mom was a big band and jazz singer; she always sang to us. My dad owned a deli/corner store and aside from listening to the crooners, he enjoyed listening to classic rock at the shop. There was always a variety of music being played at the house; Everything from Frank Sinatra to Herb Albert, jazz and show tunes."


When Joey was a child, he’d sit next to his mom on the piano bench, watching and learning to play, by ear. He also played guitar and sang in church. He later picked up playing drums and bass guitar as well.

Joey’s major influences in music include the bands Genesis,Yes, Pink Floyd, Kansas, Boston, Emerson, Lake and Palmer and Supertramp, plus solo performers such as Dan Fogelberg, John Denver, and Elton John. As a younger child, some of his favorites were The Jackson Five, The Osmond Brothers, Queen, and Kiss. As far as current artists go, he enjoys listening to Coldplay, Owl City, John Mayer and Keane.

A major turning point in Joey’s life occurred when he transferred to a public high school after attending ten years of Catholic school. He met drummer and artist Lewis Mugavero in the school cafeteria, whose example and musical excellence caused Joey to commit his life to Christ and encouraged him to want to be a musician and an artist for God.

“After meeting Lew and seeing him play the drums, I knew what I wanted to do with my life. I went to the mall and bought a bible, began reading and applying it, and I never turned back.”

He and his friends formed a record company, Captain Records, where Joey did photography and marketing. "It truly was an enlightening experience. Lew was the music artist we were promoting. He went under the name “The Admiral.” Like his drumming, his songs are phenomenal. He has been a huge influence and inspiration in my life and music. Wayne Scott Farley has been extremely influential in the same way.”

"Aside from being a musician, I had been an avid hunter and fisherman, but after my spiritual awakening, I sold my guns and bought keyboards, guitars, and took up photography. I still enjoy the outdoors of course, and I’ve been known to use my photography as part of my live shows."

In the ‘90s, Joey discovered Contemporary Christian music, listening to songs by Michael W. Smith and Amy Grant whose hits were popular on secular radio stations. He then followed and met many Christian artists including the above mentioned as well as Twila Paris, DC Talk, Chris Rice, Crystal Lewis, Avalon, and many more.

His first concert performance was at a Christian music festival in Pennsylvania in 1995. From there, he went on to write and record more of his own songs, including "True Love Waits,” which received radio airplay as well as other songs from the self titled CD. He also appeared on various Christian television and radio programs.

Since that time, Joey O has played many music venues, festivals, churches, youth camps, coffeehouses and more. He's also run various live music venues including one at his dad's deli. He enjoys hosting open mic events and encouraging up and coming artists.

He has performed at festivals with the likes of Switchfoot, Toby Mac, Mercy Me, Jars of Clay, Newsboys and Skillet. He has also opened for Matthew West and Brandon Heath.

Currently residing in Venice, Florida, he plays a variety of venues in and around Sarasota County including weekly appearances at Daiquiri Deck Venice, Snook Haven, The North Jetty, Jetty Jack's at The South Jetty as well as private parties, and local farmers markets.

Aside from performing his original music, some of his favorite artists to cover are John Denver, Gordon Lightfoot, John Mayer, Jim Croce, Pink Floyd, Elton John, and The Beatles, just to name a few.

It is often said that his vocal style is very comparable to that of John Denver.

In 2015, he released a newly mastered CD "Rain Down," which is a compilation of his “True Love Waits” and “The Other Side” CD’s.

His songs, ranging from heartfelt ballads to modern pop and rock, carry the message of the hope and comfort that can only come through Christ who "came to heal the brokenhearted and bind up their wounds."

Joey is currently in his home studio working on a new album of original material and preparing for upcoming performances. 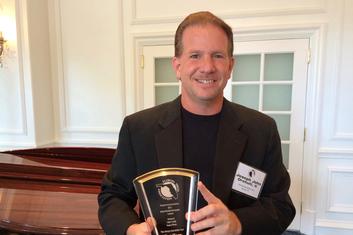 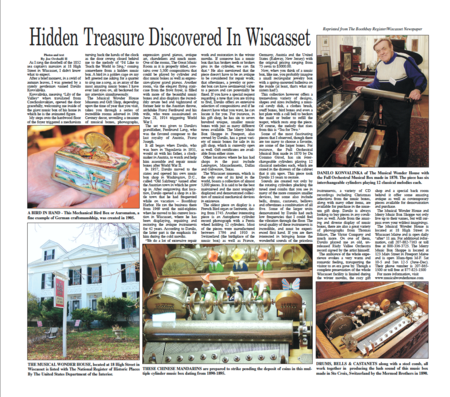 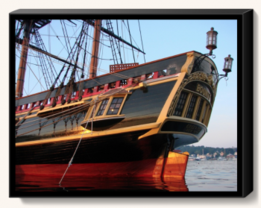 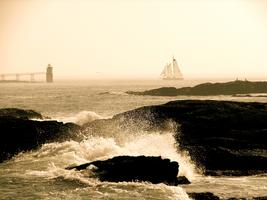 "Cottage By the Sea"